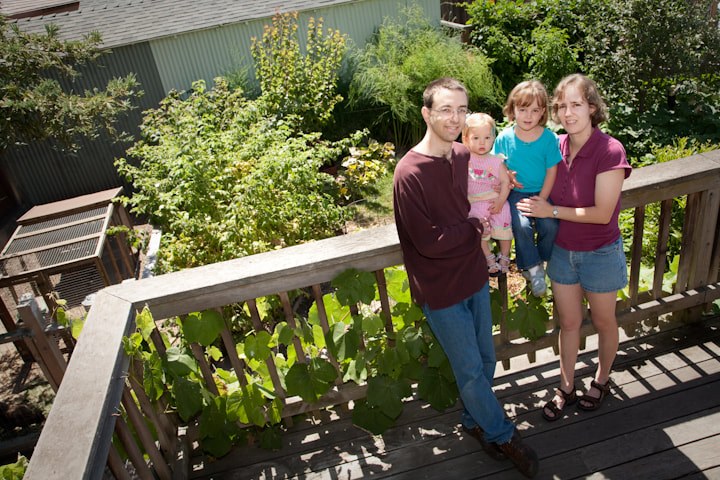 Ann Naffziger has been growing food since living in a small farming town in Oregon in 1997. In 2005 she became an Alameda County Master Gardener. Every year since, she has been inspired to grow ever more food for her family, despite the limitations of a small Alameda front and backyard. Vertical trellising and containers add to her available space so that she currently squeezes in around 35 different fruit and vegetable crops every year.
​
She is a member and speaker for the Alameda Backyard Growers organization. She and her two daughters volunteer for Project Pick, a gleaning group which donates excess produce to the Alameda Food Bank. Along the way, she has enjoyed teaching homeowners how to prune and thin their own fruit trees.

As a garden docent at Otis Elementary School, Ann has taught gardening, composting, and vermiculture to K-5 students for eight years.

Ann has raised chickens for 15 years and was a founding member of the Alameda Backyard Chicken group. She coordinated the popular Alameda Backyard Chicken Coop Tour for years. (Her girls have now taken over the family's egg business!) Her six year beekeeping career ended abruptly when she developed a severe allergy to bee stings, but she continues to appreciate the presence of honeybees in her garden and the neighborhood.
Ann loves to see food growing in home and community gardens and wants to help you grow even more! Contact us to become part of a movement that is creating better health and wellness for humans and the planet!
Proudly powered by Weebly